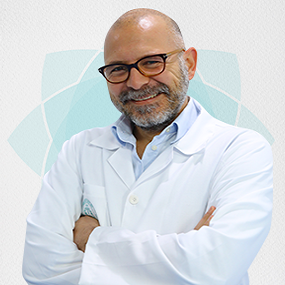 “I think X-rays has changed our view of the World, from airport security to large factories, from local hospitals to medical laboratories. Radiology is the scientific use of X-rays and other high-energy radiation. It enables us to see through a person’s skin, the organs and objects. For public safety, it is used to scan individuals to warn us about dangers.  It observes new materials, not only to investigate the potential errors but also helps doctors to detect and treat illnesses and wounds, which saves countless lives each year. Even mammography reduces the risk of death due to breast cancer by 30%. The ability to see beyond certain things by radiology was discovered on a coincidental basis.

X-rays were discovered in 1895 by Wilhelm Conrad Röntgen, a professor at Würzburg University. He produced and detected electromagnetic radiation in a wavelength range known as X-rays or Röntgen rays.  Röntgen was awarded the Nobel Prize in Physics.  Unfortunately Röntgen lost his fingers due to an overdose of X-ray exposure as he has been using his hands in his x-ray experiments. Röntgen gathered scientists and introduced the X-rays. The news of miraculous technology had been spread around the world with the speed of light. Less than a year later, doctors took the first medical x-ray at Dartmouth University. The image is slightly blurred but clearly shows the patient’s bone structure; therefore, a new medical diagnostic method had arised. Although his family and friends insisted on patenting the discovery of x-rays he refused. He thought that this technology should be used in medical and scientific environments. Many scientists have accepted this invention as the beginning of modern physics.

Radiology is the use of X-rays and other imaging methods used in medicine for diagnosis and treatment. Some of the methods used for diagnosis and treatment include ultrasound, computed tomography (CT), magnetic resonance imaging (MR), nuclear medicine methods, positron emission tomography (PET), mammography, fluoroscopy and some other methods using X-ray. While the use of these methods is to be used in the detection of diseases from the images obtained, the use of these methods for the treatment of some surgical procedures with imaging methods provides less damage. Radiology is divided into two main headings. These are “Diagnostic Radiology” and “Radiotherapy”. This discovery changes the lives of countless people. All of this happened as a result of the instant sparkle in a dark lab.

Happy Radiology day to everyone who works within a radiology department. “